VEX Robotics is a robotics program which aims to inspire children and adults into robotics and engineering. In keeping with their goal, they put their name towards a line of build-your-own BattleBots toys in 2017, in collaboration with HEXBUG.

Larger than the remote control line, VEX Robotics construction kits allowed for functional pushalong toys which had active spinning weaponry as they were pushed forwards and backwards. The main outlier of these toys is Bite Force, which is remote control and can be driven via an app.[1]

There are currently five releases in the VEX Robotics line, though Tombstone has been released twice with different colored bars. These are: 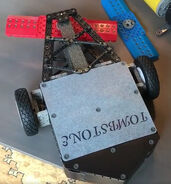 The original Tombstone kit that is an alternate build. 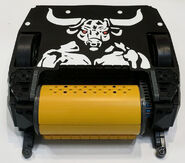 VEX Robotics are also prevalent sponsors within BattleBots competitors, with many builders and drivers stemming from their programs.